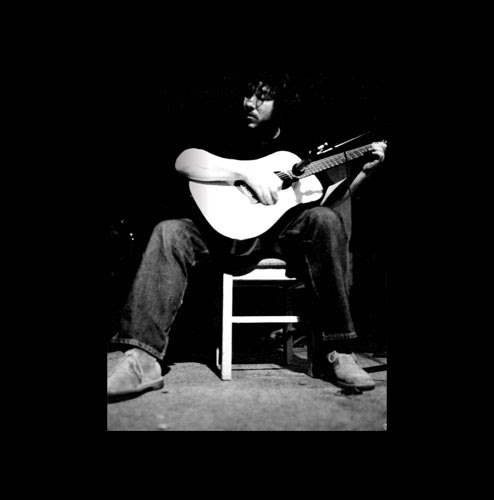 I hate to start Pound for Pound back up on a sad note, but it is what it is. The music world and the city of Philadelphia lost one of its great ones on December 5, 2009 - Jack Rose. For those that don't know, Rose was one of the great guitar players and experimental musicians around. He was a founding member of the seminal noise band Pelt, then spent most of this decade making solo music on his acoustic guitar. He mixed country, blues, ragtime, ragas, avant garde sounds, all on his 6- & 12- string and lap steel guitars, taking the mantle from legends like John Fahey and Robbie Basho.

I want to take the first few posts of this return celebrating the man and his music. We'll touch on some of the earlier Pelt stuff, but mostly I'll be uploading material from his solo releases of the past 5 years or so. It is some of the most haunting, beautiful and interesting music of the last decade; I'm heartbroken that this new one will not get Mr. Rose's imprint on it.
Posted by Jack at 6:43 PM No comments:

Back From the Dead? 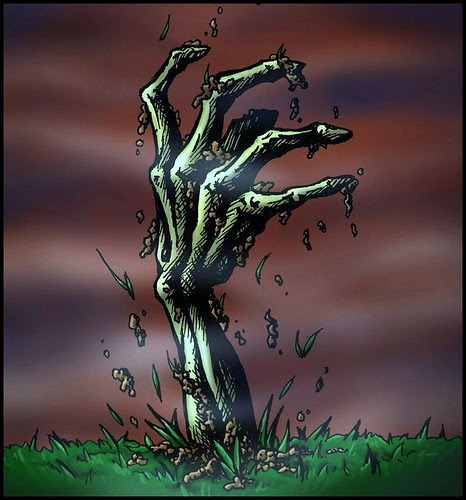 Is it possible? Stay tuned.
Posted by Jack at 12:45 AM No comments: 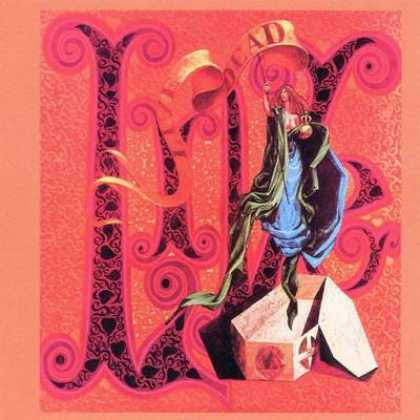 Wow, amazingly, we're back. I imagine that everyone has given up on Pound for Pound, as I kinda did too. But, things have calmed down and we are about to enter the Summer of Love '09 and you need Pound for Pound to guide your way through this epic season. That's right, 40 years later, it's time for a rebirth of the psychedelic vibes, epic jams and communal spirit. There's no better intro to that time than the Grateful Dead, those SF acid explorers who held it down on Haight-Ashbury and spilled LSD all over rock music.

These tracks are from the Live/Dead LP, possibly the greatest live record ever released (what are the other rock contenders?) It chronicles the peak of the band's psychedelic blues sound, early 1969 when the band was destroying various venues around San Francisco. The group was a septet at this point: Jerry Garcia, Bob Weir, Phil Lesh, Ron 'Pigpen' McKernan, Billy Kreutzmann, Mickey Hart and Tom 'TC' Constanten. At this time, the band played a similar setlist every night and above are two of the staples from that time, "St. Stephen" and "The Eleven." I think that they are good openers for anyone knew to the Dead or this era of their music. Both songs stay away from the ether, staying on the rails for the most part. Coming in the wake of a massive "Dark Star," it's especially impressive to hear the band rein it all back and bring everyone back to earth with two of their most rollicking, fun songs.

The opening "Dark Star" is not to be missed; since I want you to buy the album, I'm not uploading here. You'll just have to trust me that this is one of the great versions the band ever did, a 23+ minute opus that starts with the band stating the theme and quickly ventures into outer space. Jerry leads the way, forcing the band to leave the safe confines of the opening verse. It's really amazing to hear the band interact, especially Jerry and Phil, sounds much more like a well-oiled jazz band than any rock band out there. Later, you get the more blues-y side of things, with a steller-as-always "Turn On Your Lovelight" with Pigpen as horny frontman and "Death Don't Have No Mercy".

Go immediately and buy a copy of Live/Dead now. We are gonna be giving you a soundtrack for the Summer of Love, this is the essential starting place.
Posted by Jack at 2:02 AM 1 comment: 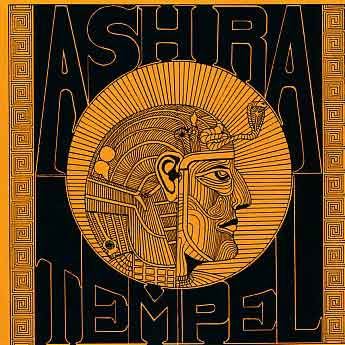 Time to fly our German freak flag, as we begin to dip into the krautrock pool. I want to first have us worship at the Ash Ra Tempel, one of the most influential of the genre. Formed in the 1970s from the ashes of the Conrad Schnitzler's short lived group Eruption, the band featured Manuel Gottsching on guitar, Hartmut Enke on bass and Klaus Schulze on drums and keys. Those are some serious names, so it's not surprise that they would create some of the spaciest, most cosmic music ever made.

This track is the A side to their first self-titled LP, released in 1971. The only word that comes to mind is epic. Or is it massive? Or is it psychedelic? Ah, who cares? This is an amazing 20 minute journey that takes you through various stops, from quiet contemplative to loud shredding. It starts off with a drone-y soundscape that slowly but surely builds, as the drums get more active. You're nearly 6 minutes in until Gottsching's guitar starts to take the lead with some jams. I'm not gonna say too much more about this, other than to say that some of the most amazing moments come after the 15 minute mark, when the heaviest, sludgiest rock band ever shows up. Put it on, head to the park, lie down and drop out.

Go immediately and cop this album at Forced Exposure, as I promise it will be out of print soon. It's already gone at Aquarius and these krautrock gems come quickly and disappear for long stretches. Much more to come on this front, please send along any recommendations you have for me, as I am far from an expert.
Posted by Jack at 4:25 PM No comments: 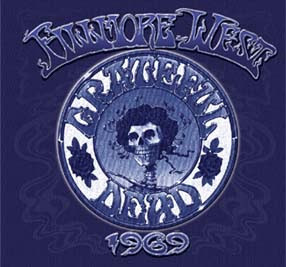 Mountains of the Moon

Turn On Your Lovelight (YSI link)

Here's the conclusion to the first night of the epic four-night run, the late show from February 27, 1969. This is classic 1969 Dead, the classic tunes from that year, when the band was playing right on the line of psychedelia and the blues, when Jerry Garcia began to take the reins of the band and made them into one of the most amazing improvisational acts around.

One of the things that has always interested me in the Dead's live music has been that tension between form and chaos. "Dark Star" is the perfect example, with its distinct opening bass melody and two verses which descends into an improvised jam that could go anywhere, oftentimes into a deep, space-y, tune-less music, which is eventually reined back in with the return of the final verse. It should appeal immediately to anyone who likes jazz, that world where standards become vehicles for free jazz debauchery. Like jazz, there's always a chance for these jams to become awful, noodling garbage, but that's the fun part. You never know what could happen, which is incredibly rare in music, especially today in the world of over-production and lip-synching.

I want to dedicate this post to MC, a.k.a. RV. That's right, the return of the prodigal daughter (or ex-girlfriend, whatever). She was the main reason this blog took in the way it did, as I pretty much wrote it so that she would think I was cool. She was the first muse, before Scarlett Johansson, Merilyn, Christy Marks, JH-B or anyone else. She bought the boxed set that features this music for me and so these posts would not happen without her. It's nice to come full circle and get back to a good place. Yeah!
Posted by Jack at 4:03 PM No comments:

Over the coming months, I want to start adding a more psychedelic edge to the blog, take things back to the late 60s and early 70s to those weirdo sounds that sound so good today. I can't think of a better way to get started than commemorating one of the greatest weeks in the history of live music by the greatest of psychedelic warriors, the Grateful Dead's run at the Fillmore West from February 27 to March 2 1969. I know that the Dead's music is not what we call psychedelic today, but let's not get lost in semantics. This was music written and performed in the midst of the acid wave in San Francisco in the 1960s; these guys took rock, blues and folk, splashed LSD on it and made some of the best music ever.

I'm going to put up more discs from this limited edition 10CD boxed set over the next few days and will discuss the music more then. But, I want to first deal with the whole Deadhead thing and the hate these guys generate from people. Simply, get over yourself. Yes, some people only liked the band because of the drug association; some were annoying people who listened to nothing but the Dead; blah blah blah. These dudes created an entire alternate world, which had its own values, values like sharing, love and fun. Sound familiar? Does it sound similar to a lot of the same inspirations for the dance music that we love? There's a very straight line imo between the spinners at a Dead show to the ones who took over lofts of NYC in the 70s and the beaches of Ibiza in the 80s. Give it a chance and I promise you that this music will melt your face.
Posted by Jack at 3:24 PM 1 comment: 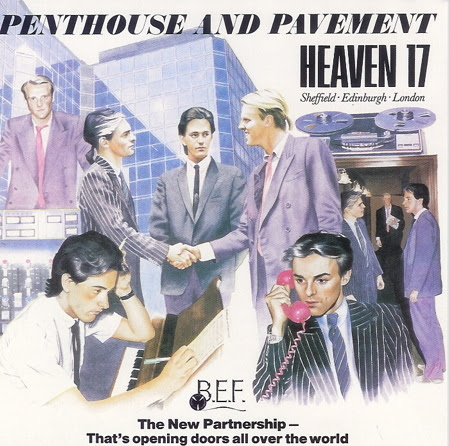 Back with a bang, a classic 80s synth pop dance classic. Heaven 17 were a new wave-y band that was intimately connected to the amazing electronic rock music coming out of the UK in the early 80s. The band was formed by Ian Craig Marsh and Martyn Ware when they split from their group called Human League. Perhaps you've heard of them? The duo formed a production company called British Electric Foundation (BEF), eventually adding Glenn Gregory on vocals and becoming Heaven 17. They never quite broke into the big-time, although they did enjoy a few songs that charted, including this one above.

"(We Don't Need This) Fascist Groove Thang," the band's first single, hit #45 on the UK Charts, despite the fact that it was banned by Radio 1 DJ Mike Read. I love this song so much, it makes me want to start a dance party with Emma Goldman in a huge warehouse with lots of love and organizing and fun. You get all here: rad political lyrics about the horrible political landscape of the 80s with Reagan and Thatcher, that great UK drum machine and synth sound, clattering percussion, some nice keys and horns filling out the sound. I cannot begin to explain how great it is to hear dance music with such an explicit political edge; as much as I love the booty shit and the disco and house calls for love and sex and happiness, there's something inspiring about hearing dudes who understand just how radical it is to make people dance. That abandon, that mixing of bodies, that's a revolution every night people! Download this! Organize! Yeah!
Posted by Jack at 6:15 PM 1 comment: